The Hong Kong SAR government will record a HK$282 billion (US$36.4 billion) consolidated budget deficit for the fiscal year 2020/21, the largest deficit in 20 years, according to forecasts by KPMG.

The deficit, which is expected to result in fiscal reserves of around HK$878 billion by the end of March 2021, is mainly driven by subsidies derived from the anti-epidemic funds granted during the year, increased recurring expenditure, and reduced tax and land sales revenues.

“With the Covid-19 epidemic still affecting businesses and society, a fiscal deficit is anticipated for the next one to two years,” says John Timpany, partner, head of tax in Hong Kong, KPMG China. “This is largely driven by much-needed fiscal stimulus in these difficult times, especially large-scale one-off measures.”

“The Hong Kong government should continue to make good use of its fiscal reserves to support enterprises, safeguard jobs, stimulate the economy and help the population until we see signs of economic recovery,” Timpany adds. “In the longer term, the government will need to enhance sustainable economic growth in Hong Kong and maintain its competitiveness in the Asia-Pacific region by continuing to attract overseas investment and create local job opportunities.”

To further strengthen Hong Kong’s role as a leading regional hub for asset and wealth management, KPMG proposes additional measures including establishing a new entity category called a “personal investment company”. This is a common investment structure for family offices and will help to attract more of them to set up in Hong Kong.

The government, according to KPMG, should also consider adopting 50% of the normal tax rate for profits derived by regional headquarters in Hong Kong to encourage companies to establish their regional headquarters in the city. Additionally, in terms of deriving opportunities from BEPS 2.0, the OECD’s base erosion and profit shifting initiative, the government should review the Hong Kong tax system to ensure it remains competitive, as well as introduce new legislation to encourage multinational companies to re-domicile their headquarters to Hong Kong.

In the short-to-medium term, KPMG recommends a number of economic measures to assist local businesses including, allowing current year tax loss as a one-off set-off of the previous year’s taxable profits and refunding excessive tax already paid, providing a one-off subsidy for qualified companies who suffered a certain amount of tax loss, deferring tax filing and payments by three months, and waiving 50% of the provisional tax for 2021/22. KPMG also suggests waiving rates for the four quarters of 2021/22 for every rateable property.

“Although the government is facing a significant deficit this year, Hong Kong’s public finances remain healthy and, therefore, a fiscal deficit is acceptable for a short period of time,” points out Alice Leung, partner, corporate tax advisory, KPMG China. “We believe that more aggressive measures can be adopted to tackle the situation in view of the strong reserves position, especially when compared with the time during SARS.

“In terms of additional programmes and policies, we propose the government considers programmes to retrain individuals. Providing additional retraining will enable individuals to repurpose their skillsets to seek new opportunities in a post Covid-19 economy. We also encourage the government to consider issuing HK$10,000 electronic consumption vouchers targeting general consumption, food and entertainment to each Hong Kong permanent resident aged 18 to 69, while residents aged 70 or above can receive HK$10,000 cash through the Old Age Allowance.”

In terms of ongoing support for businesses and individuals, KPMG recommends the government provides an allowance on rental expenses for residential properties, as well as to dedicate additional resources and funding for government and non-governmental sectors to create additional jobs across sectors.

In terms of ongoing economic development, many industries have shown resilience despite the ongoing pandemic. The robust outlook of Hong Kong’s asset management industry, for example, continues to be driven by growth opportunities from mainland China and within the Greater Bay Area (GBA). Hong Kong’s capital market also remains strong with a healthy pipeline of IPOs, another positive driver in terms of economic and investment activities.

Tax incentives, meanwhile, will enable corporates to continue to leverage opportunities within the GBA. The government, according to KPMG, should extend the enhanced research and development (R&D) tax deduction to cover R&D activities carried out in the GBA, as well as extend dependent parent and grandparent allowances to those who ordinarily reside in the GBA.

“The government could expand and optimize its tax treaty network to cover other principal trading partners’ jurisdictions,” concludes Stanley Ho, partner, corporate tax advisory, KPMG China. “This would encourage more foreign investors to set up their companies in Hong Kong, which in turn would promote economic development, enhancing Hong Kong’s competitiveness in the long run.” 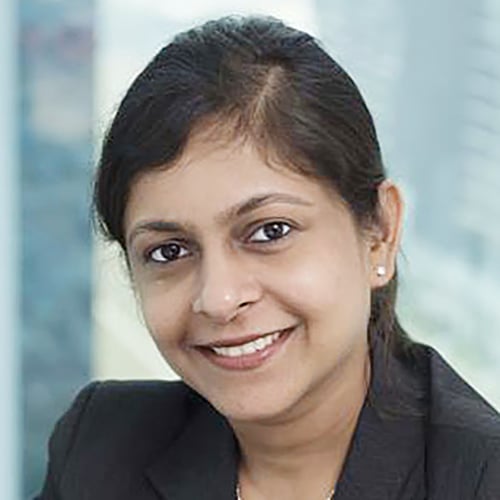